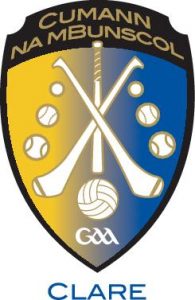 The children from 4th, 5th and 6th class participated in the Cumann na mBunscol competition. We would like to say a big thank you to all who trained the teams. The coaches were: Kathleen Madden, Brian Moloney, Regan Conway, Joey McGann and Michael Daly.

The boys played Broadford at home which they drew. Their last matches were away against Scarriff and Tulla. They were sadly defeated in both games.

We would like to say thanks to the 2 teams for representing Feakle N.S.